It’s hard to dispute that 2015 was a banner year for venture capital investment.  Nationwide, $58.8 billion in venture capital dollars were deployed, the second highest amount in 20 years, according to the MoneyTree™ Report from PwC and the National Venture Capital Association (NVCA), based on data provided by Thomson Reuters.  And locally, the trend was similar.   San Diego companies closed 2015 on a high note raking in $770.1 million in the last six months of the year.  This is the highest six month total since early 2008.  For the full year, $1.17 billion of venture capital investment was invested in San Diego companies, a total nearly matching the $1.18 billion raised in both 2008 and 2012.  Check out the full press release here.

In San Diego, the two industries attracting the most VC dollars in 2015 were life sciences and software with $605.5 million and $233.3 million, respectively.  That’s not too surprising – these industries have typically led the charge here locally.  What is notable, however, is that software companies had their largest share of the San Diego activity in some time, notching 20% of the total investment dollars in 2015 and 27% of the deals.   What’s driving this?

Certainly, some of it simply mirrors the national trend. Software has led the way nationally and was up 8% in 2015.  But also, the life sciences ecosystem here fuels some of that growth.  About a quarter of the software deals relate in some way to life sciences or health services. 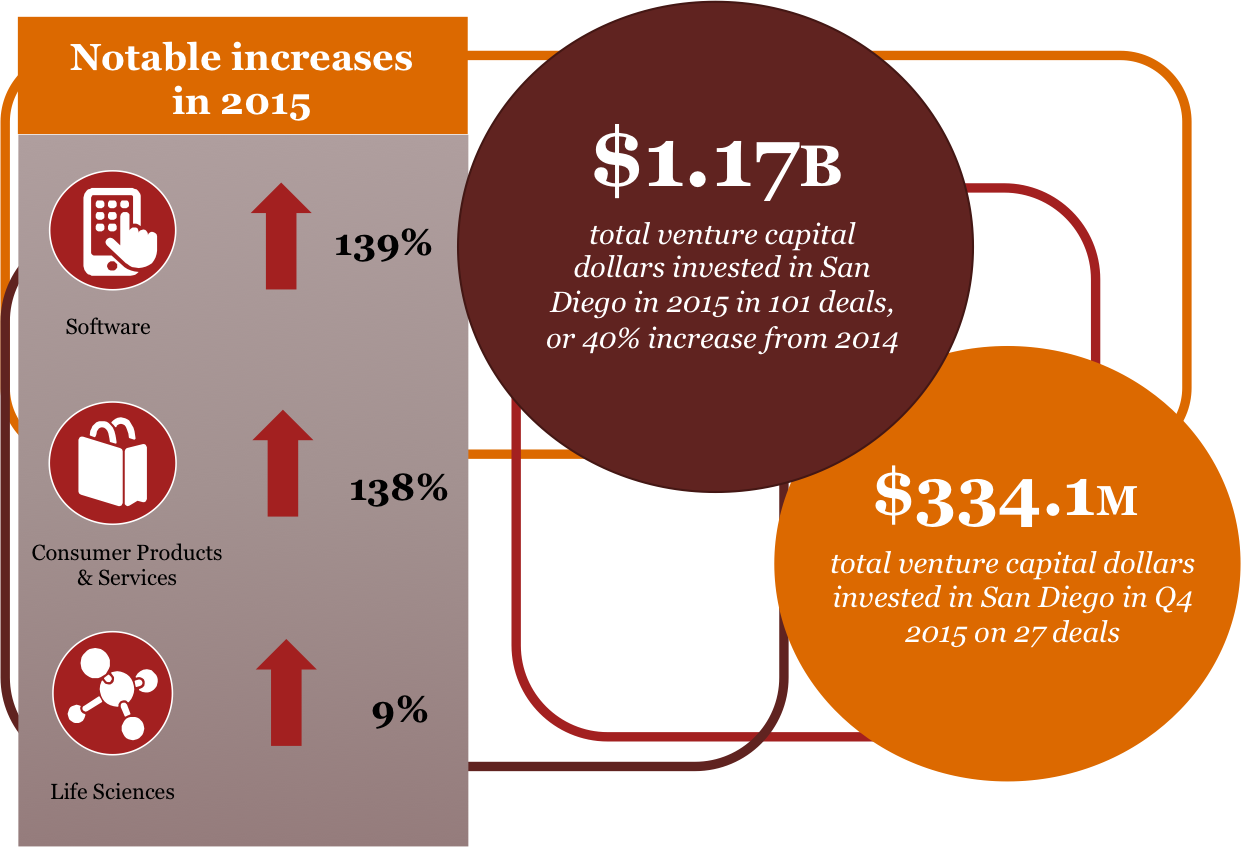 A few other highlights from the report as it pertains to San Diego:

So, no matter how you slice it 2015 was a great year for venture capital investing in San Diego – even in a time of a relatively volatile national economy.   It will be interesting to see what 2016 holds in store.

For more information about the MoneyTree™ Report from PwC/NVCA with data from Thomson Reuters, visit: http://pwcmoneytree.com. 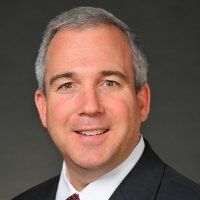 Ryan Spencer is a partner in PwC’s San Diego practice, focusing primarily on the technology industry.