San Diego is on a roll!

After finishing 2020 by raising a record high of over $4.9 Billion, San Diego startups have closed the first quarter of 2021 by raising a blistering $2.4 Billion.

This total is doubly impressive when considering that just a few years ago, San Diego county was collectively raising less than $2 Billion in a calendar year. 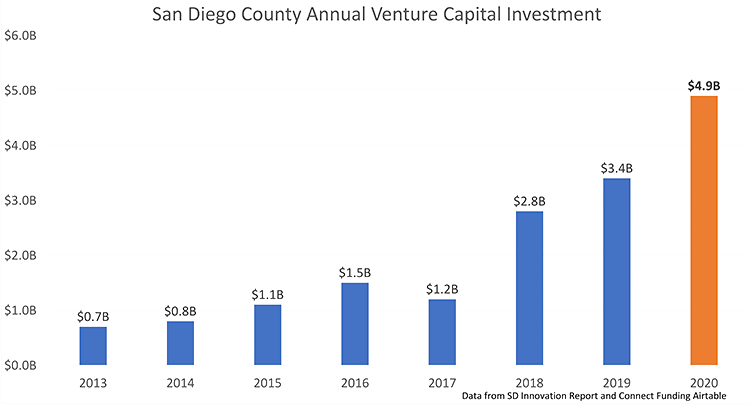 Connect identified eight deals in the first quarter of this year where the total funding raised was at least $100M. These mega rounds were raised by the following companies: Blacksmith Medicines, Design Therapeutics, Vividion Therapeutics, Truvian Sciences, DTx Pharma, Artiva Biotherapeutics, Ventyx Biosciences, and Neurelis.
As usual, companies in the Life Sciences sectors raised the majority of these funds 76.7%. This is a familiar result that was similarly echoed by comments and data from Correlation Ventures’ Managing Director and Co-Founder, David Coats during our 2021 Venture Outlook earlier this year. During the event, Coats explained that in 2020, 62% of the total funding raised in San Diego was raised by Biopharma companies, significantly more than the national average of 25%.

Bobby Franklin, President of the National Venture Capital Association (NVCA) also spoke at our 2021 Venture Outlook and noted that mega deals (over $100M) are becoming increasingly prevalent as of late. In 2020, 321 mega deals were raised by US companies for a total of $71 Billion. These massive fundings are likely becoming more feasible due to the immense amount of dry powder currently being held by US-based Venture Funds. In 2020, 321 funds raised $74 Billion, and in all, there was an estimated $152 Billion in dry powder heading into this calendar year.

Lastly, I’d like to touch on early stage funding. At this year’s Venture Outlook, David Coats noted that in 2020, the percentage dollars invested into early stage companies dropped to 17% nationally, down from the historical amount of 23%. This parallels the struggles that we at Connect witnessed throughout the course of last year. When our nation went into lockdown, large and later stage deals seemed to explode, while early stage deals screeched to a halt. While these early stage deals seemed to recover their frequency by the end of the year, there was no way to catch up for that lost time. As we’ve all adapted to the challenges of remote work and investors have become more willing to invest in founders and teams that they haven’t met in person, we hope that San Diego can continue this funding momentum throughout the remainder of this year and establish a new record for annual funding!

We at Connect are excited to be currently selecting this year’s class of Cool Companies and can’t wait to share them and their stories with all of you! 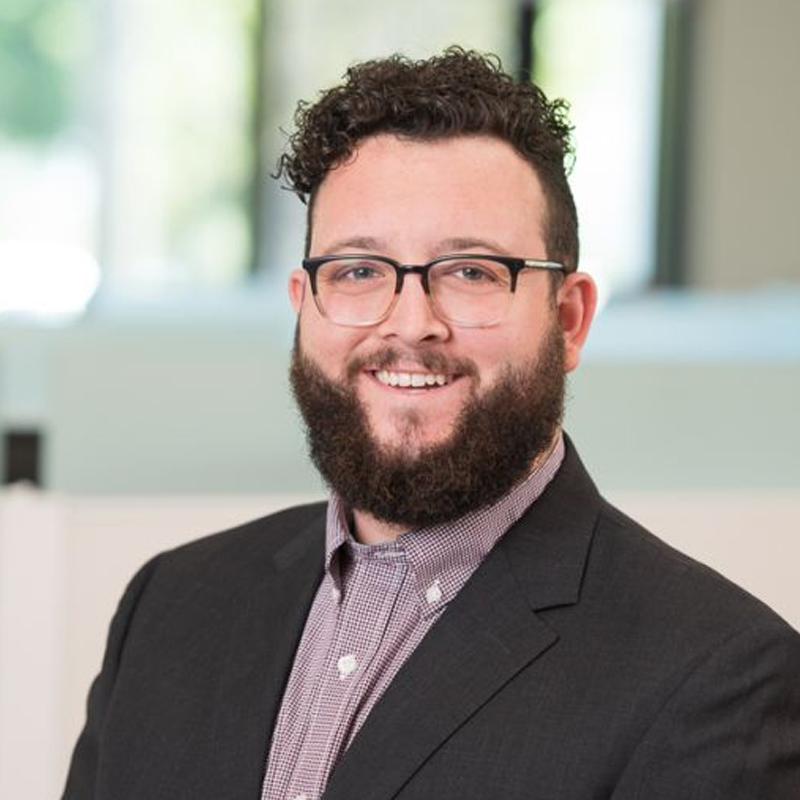